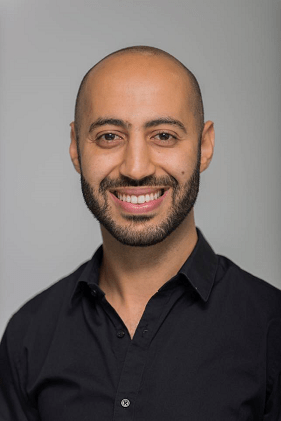 I am committed to providing comprehensive dental care in a comfortable and professional atmosphere.

As a child I had more than my fair share of unhappy experiences of dentists, so I can truly relate to other people’s fear.

When I became a dentist myself, those childhood memories made me determined to create a practice and approach that is sensitive to patients’ concerns and considerate of their comfort at all times.

My goal has always been to be the kind of dentist people choose to go to for a lifetime and wouldn’t want their families to see someone else. For an appointment with me, simply call us on (07) 4191 4787 or visit the practice at 8/6-8 Liuzzi St, Pialba QLD 4655.

More about me and my Hobbies:

I am an Australian Citizen and in my spare time I enjoy travelling with my wife and my son, Isaac. I also enjoy playing soccer, scuba diving and cooking

My training and philosophy is based not only on fixing or straightening teeth for adults and children but also on making sure their jaw position is the correct position, making sure they are breathing well at night and making sure their face is developed with the best appearance, symmetry and harmony. My approach in orthodontics is to develop the upper and lower jaw and limit extractions.

I understand that nowadays dental treatment can be costly that’s why we try to keep our prices as competitive as possible at Lakeside Dental Spa.

My treatments involve the whole body as one unit and I deal with excellent ENT specialists, medical professionals, allergists and naturopaths to achieve the best results. I am also fully certified in Invisalign treatments as I am a fully accredited Invisalign provider.

I am passionate about early dental care for children, which is why I started a program called Lakeside Dental Spa for Kids. Our dental practice has its very own tooth fairy to give Oral hygiene instructions and also I examine children free of charges in their school and in Kindergarten to assess any oral habits that affect the growth of their dental arches

I graduated from my professional training in 2004

I was lucky enough to be trained in orthodontics by one of the leading experts in the country, Dr Derek Mahony in Sydney.

During my training I became proficient in advanced cosmetic procedures, and I am an active member of specialised continuous dental educational programs, which allows me to keep current with the changing technology and procedures in dentistry.

I undertook my All on Four implant training with one of the leading dentists in this field Dr Alex Fibishenko.

I am also a member of these associations: